Way back at the end of August everyone was worried about an impending recession and that dreaded inverted yield curve.  Well, we’re now mid-way through September and equity markets are up around the world for the month:

The 30-year Treasury yield has also seen a huge run-up, to the point that the long end of the yield curve is no longer inverted.

Now that markets (and the media) have calmed down a bit, let’s take a quick look at the historical data on past recessions to see what we can expect.  Because we WILL see another recession…eventually.

Below is a simple chart showing every recession (as declared by the National Bureau of Economic Research, NBER) since 1950.  There have been 10 in the last 70 years.  Each orange bar represents the length of that respective recession in days.  Each green bar represents the time (in days again) between the end of that recession and the beginning of the next one.   Notice the relative size of each recession (orange) when compared to the following recover (green).

The gold line tracks the total return for a basic 60% Equity portfolio over each recession.  The time period I chose to calculate each recession’s total return begins 12 months prior to the start of a recession, and ends 6 months after the recession was declared over by the NBER.   I chose this timeframe because there is often a bull market rally as the recession is forming; going back 12 months from the recession’s beginning gives you a clearer picture by including those exceptional gains.  The same concept applies for the 6 months included in the total return following a recession’s end.  Markets tend to recover very quickly when economic activity picks up again.

Here are the takeaways from the last 70 years:

Question:  Would you be willing to invest for the long-run based on this information?  If your answer is no, we should talk.   Because there is a recession in our future. 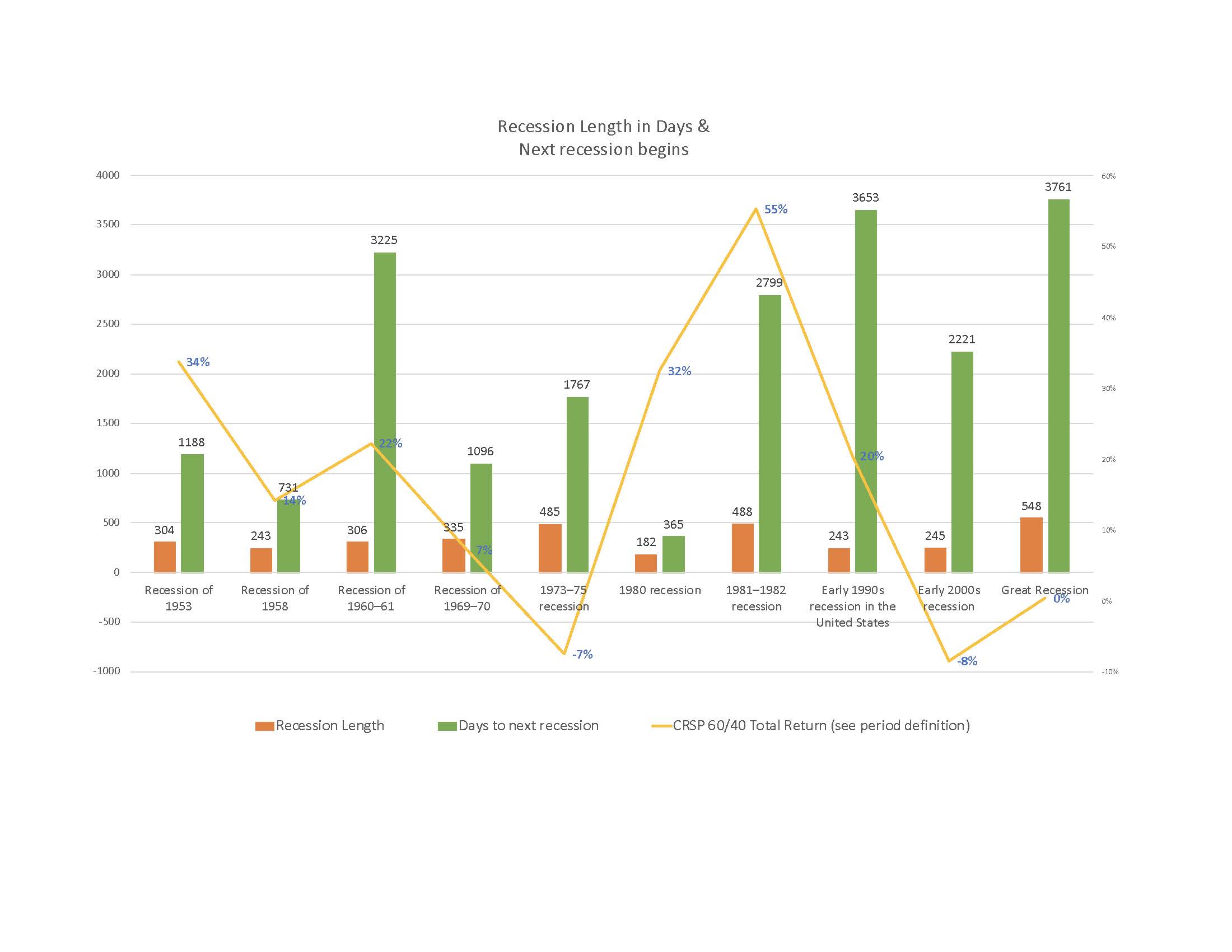 Where should I send your free chapter—Money and Happiness?

Order Your Copy of Wealthfulness